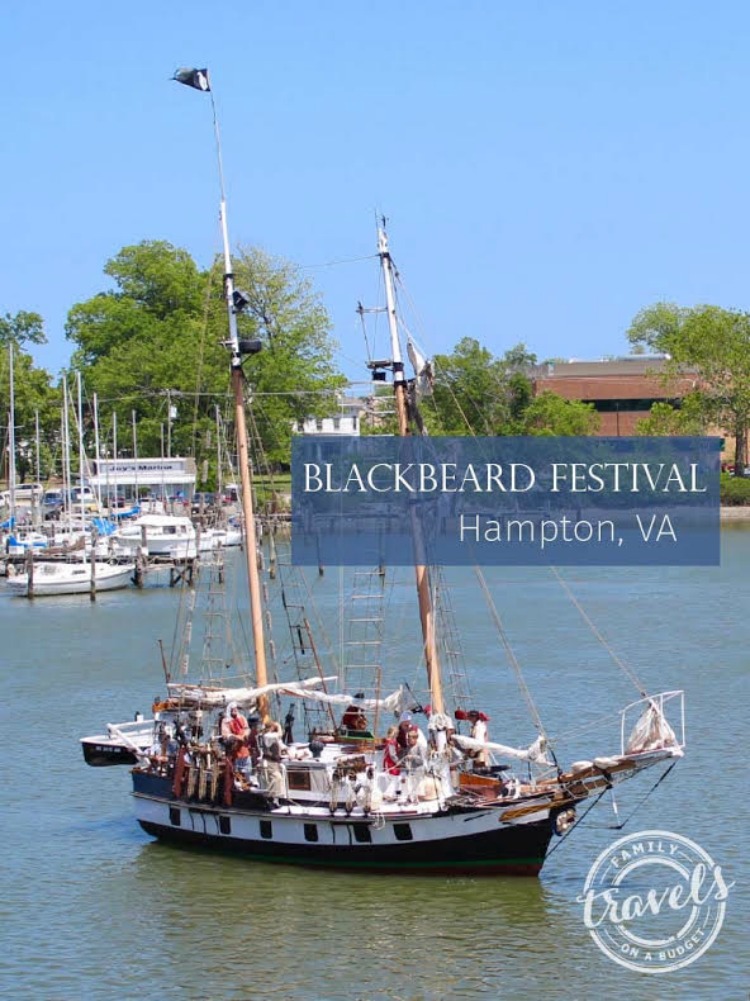 Ahoy, mateys! Today’s post is all about the world’s most authentic pirate festival…. the Blackbeard Festival in Hampton, VA.

Save up to $43 on LEGOLAND Florida Resort tickets!

2. “Goth Pirate.” Until this past weekend, I had never heard the term. But, authentic pirates are not obsessed with black from head to toe or with heavy eye liner.

The Blackbeard Festival in Hampton, VA is the real deal. The pirates descend on the town, arriving with tents, cooking pots, bed rolls and stories to tell. They set up camp along the river, cooking over fire pits, hawking their wares and singing pirate shanties late into the evening. 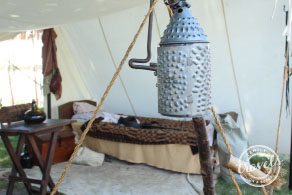 A pirate’s tent, bunk and lantern 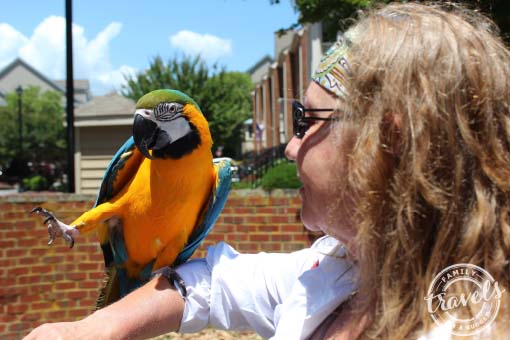 Check this guy out…. showing off his incredible balance

The “main event” happens on Saturday afternoon, with re-enactments of Blackbeard and his crew stealing from merchant ships, the last battle when Blackbeard was killed and the trial of his pirate mates. 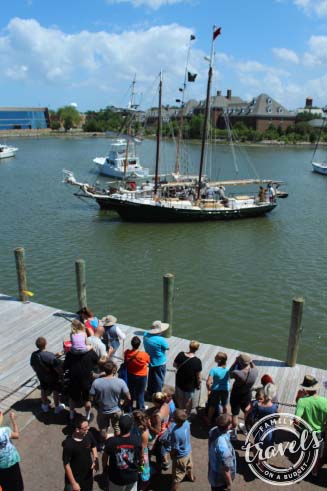 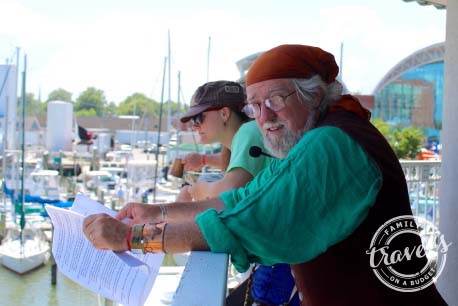 During the battle re-enactments, a narrator tells the story

All weekend, festival guests who visit the pirate camp can learn about candle making, the pirate diet, the laundress, the blacksmith, gunpowder and more. 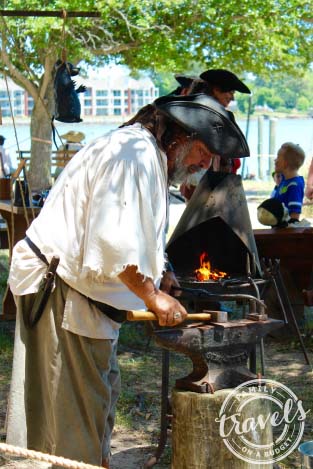 Pirates, like this blacksmith, explain their trade to festival guests 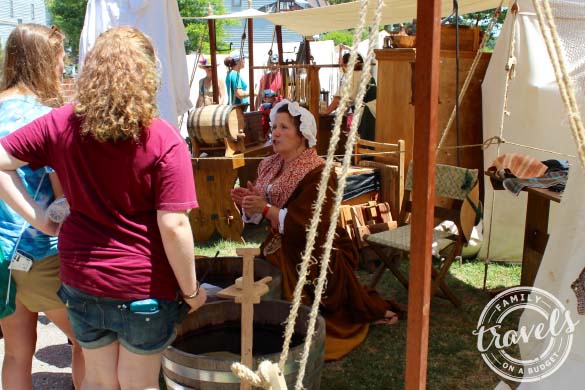 The laundress explains her responsibilities to some interested festival-goers

Families with younger kids have their own area on the waterfront, tucked between the harbor, the carousel and the Virginia Air and Space Center. With easy access (two parking garages are nearby), the area has friendly pirates who entertain kids and families and pose patiently for photos. Fair food trucks, children’s activities sponsored by local museums and bounce houses let parents introduce their kids to pirate lore in a memorable, fun way. 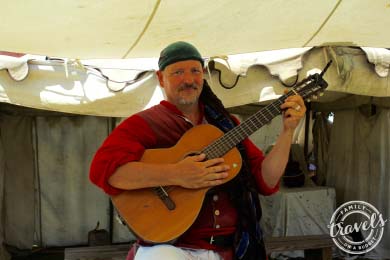 Meet Jim, from Johnston County, NC (where I live). He’s a regular entertainer at the Blackbeard Festival…. and a really nice guy! 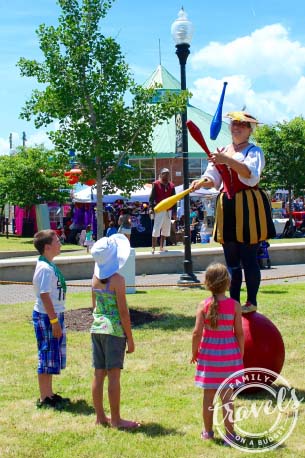 Entertainers got the kids involved as they told stories

The highlight of the weekend, at least for me, was the pirate concert at the amphitheater along the waterfront followed by an impressive fireworks display. The waterfront filled with teens (respectful, even), older adults who have been coming to this event for years and young families with excited kids! The young boys sitting to our right exclaimed, “I want this to last forever.” Their cheers as the fireworks wrapped up brought smiles to lots of nearby faces, mine included!

Of all the pirate festivals I’ve attended (quite a few), this is my favorite! I got a sense that the pirates really wanted people to appreciate what pirate life is all about. They have invested thousands of dollars in costumes, equipment and supplies. They spend their summers traveling up and down the east coast, sharing the real story of 17th century pirates. Yet, they appreciate that they are there to entertain. They do both quite well. 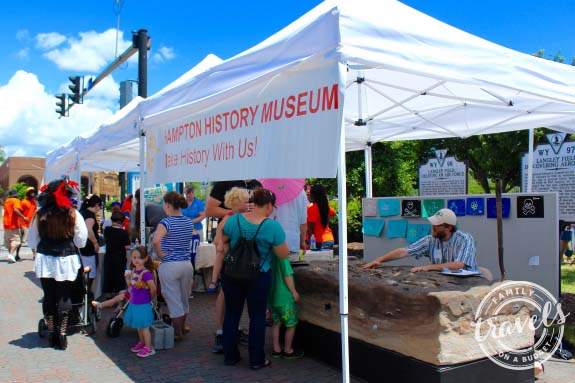 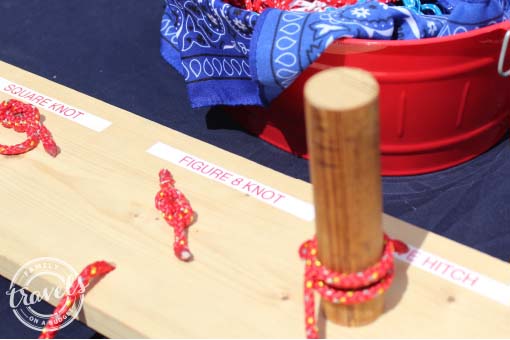 To learn more about the Blackbeard Festival, visit the Hampton, VA CVB site. The festival is scheduled the last weekend of May each year. 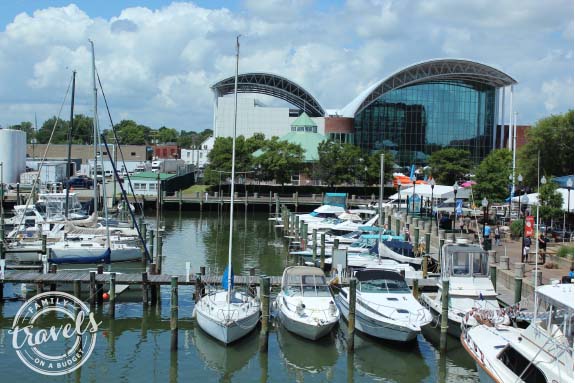 Local hotels offer package deals. The Crowne Plaza is located in the heart of the action, but there’s plenty of parking nearby so choose the hotel that best fits your needs. (Budget tip: Choose a hotel that offers free breakfast!)

The best view of the sea battles is from the parking deck next to the Crowne Plaza Hotel.

The best view of the fireworks is from the waterfront behind the outdoor pavilion (at the pirate camp).

Most food vendors accept credit cards, but cash is handy!

Beat the heat with a ride on the Hampton Carousel in its air-conditioned pavilion or a visit to the Virginia Air & Space Center during the afternoon.