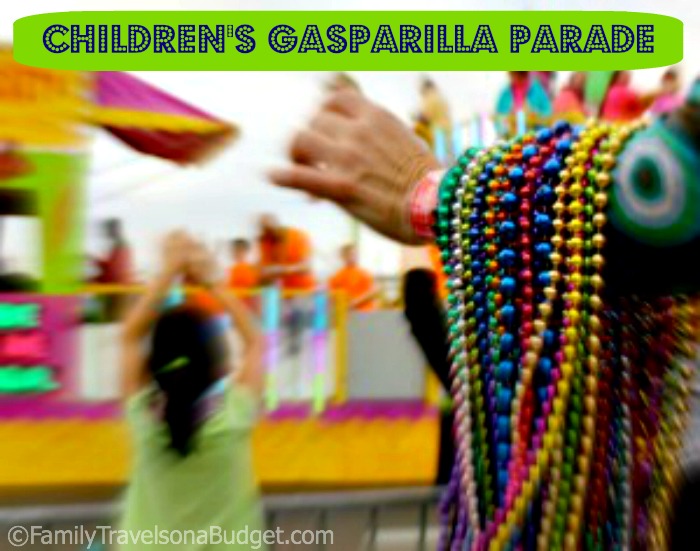 Step into my shoes for a minute… You’re the mother of two teen boys and a girlie-girl who’s eight. You’ve been invited to experience the “Children’s Gasparilla Parade,” something you’ve never heard of. Now imagine telling those teen boys, “We’re going to the children’s parade while we’re in Florida.” That statement implies we are not going to Busch Gardens, at least not on parade day.

The boys were not excited about the Children’s Gasparilla Parade. To their credit, they did not complain, drag their feet, make sarcastic comments or sneer. They came along, no bribes (or threats) required. And they were surprised! Very, very surprised!

History of the Children’s Gasparilla Parade

The Children’s Gasparilla Parade is named for legendary pirate Jose Gaspar, “last of the Buccaneers,” who terrorized the coastal waters of West Florida during the late 1700’s through 1821. Gaspar captured 36 ships in his first twelve years as a pirate. Before “retiring” from pirate life, Gaspar decided to raid one last merchant ship. Too late, the crew realized that the merchant ship was a warship in disguise. The Navy ship won the bloody battle, but to avoid capture, Gasparilla wrapped himself in heavy chain and jumped to his death in the roiling sea.

Rumors persisted that Gasparilla left an enormous fortune buried somewhere on the west Florida shore. The treasure has never been recovered, but the mythical pirate’s escapades left a colorful impression on Floridians. When the city of Tampa planned its first city festival, the legendary Gasparilla inspired the theme. The first Gasparilla festival in 1904 was such a success that the Mardi Gras-like festival continues today. The week-long festival each January begins with the family-friendly, alcohol-free Children’s Gasparilla Parade. The traditional (adult, more Mardi Gras-like) festival wraps up the weeklong party the following weekend. For more, read the full history here.

I could go on, but the photos tell the story better. Enjoy this glimpse into the Children’s Gasparilla Parade… and find out what the teens think. Read on!

The Day Begins with the Preschoolers Stroll 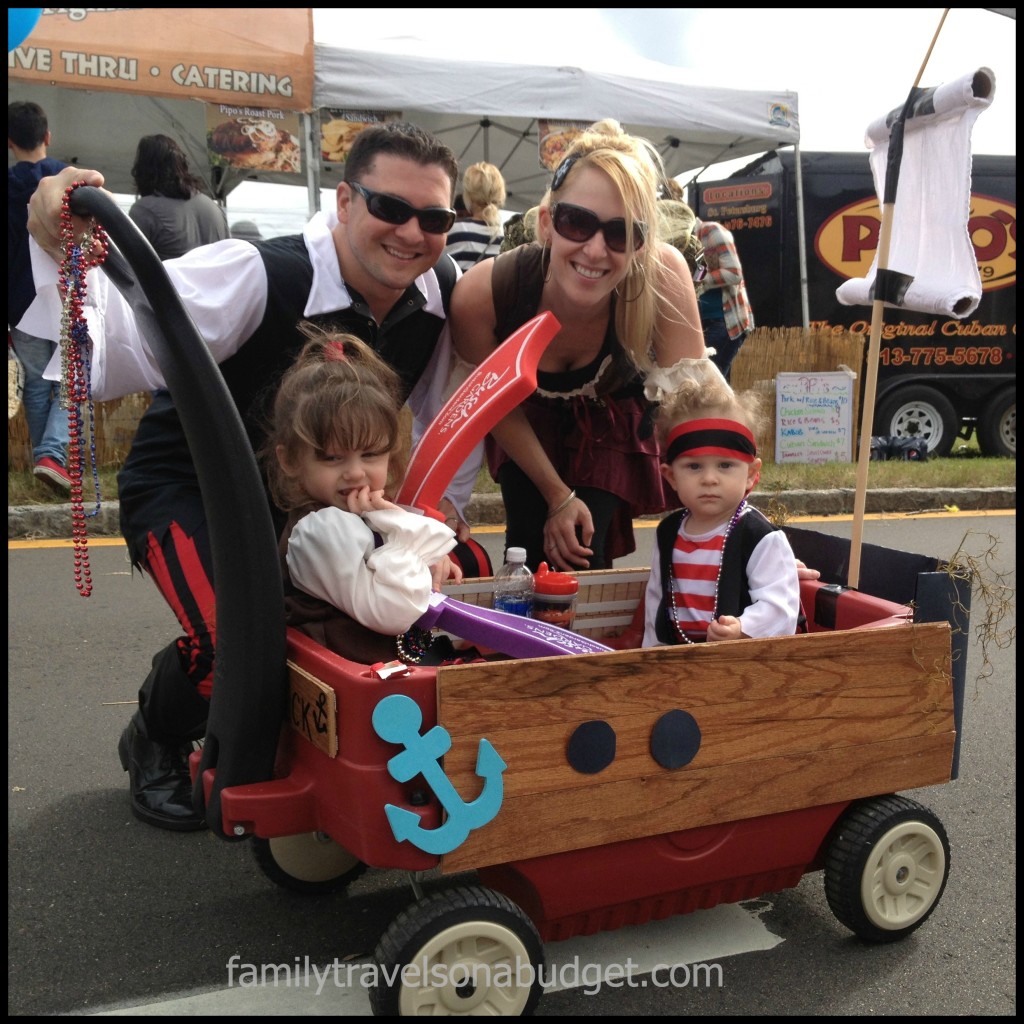 The Children’s Gasparilla Extravaganza kicks off with a Preschoolers Stroll… families and kids decked out as pirates for their own parade. This cute family from the Tampa area agreed to this photo!

The day continues with an exciting display by the United States Special Operation Jump Team – The Para-Commandos. They put on quite a show and bring the U.S. Flag to the parade. Watching the commandos freefall before gently floating to the ground certainly adds to the fun factor.

The Highlight of the Day: The Children’s Gasparilla Parade 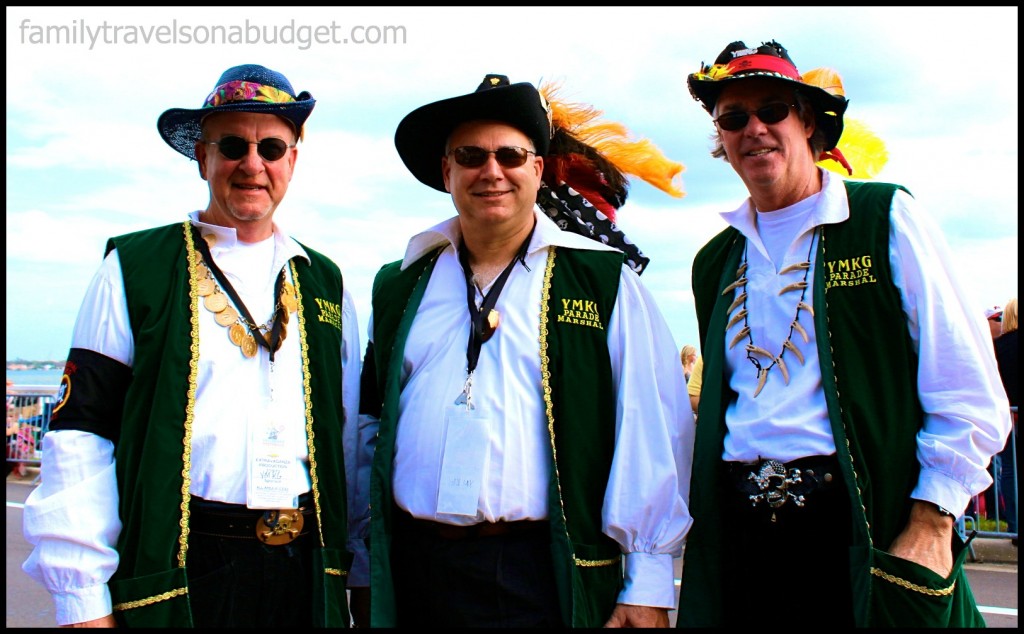 No parade would be complete without a grand marshal or three! These guys insist their reputation can only improve at their inclusion in this post. So fun! 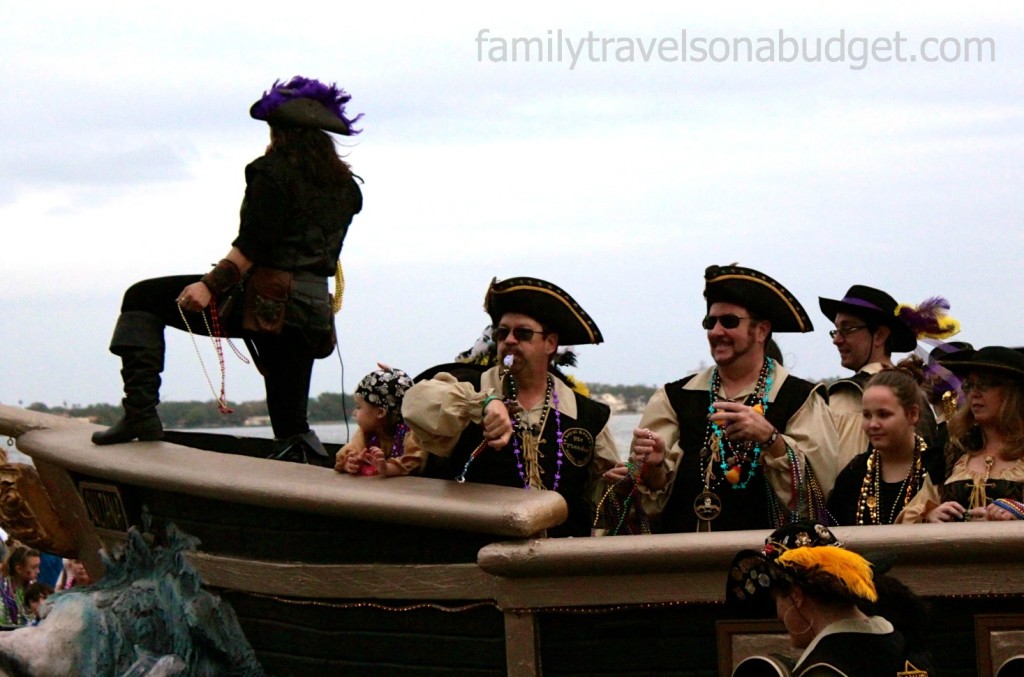 A pirate parade would not be complete without pirates!

According to the locals, the Children’s Gasparilla Parade is a bit friendlier than the adult affair.
These ladies handed out beads to kids along the route, much nicer than getting pelted in the head by flying beads! 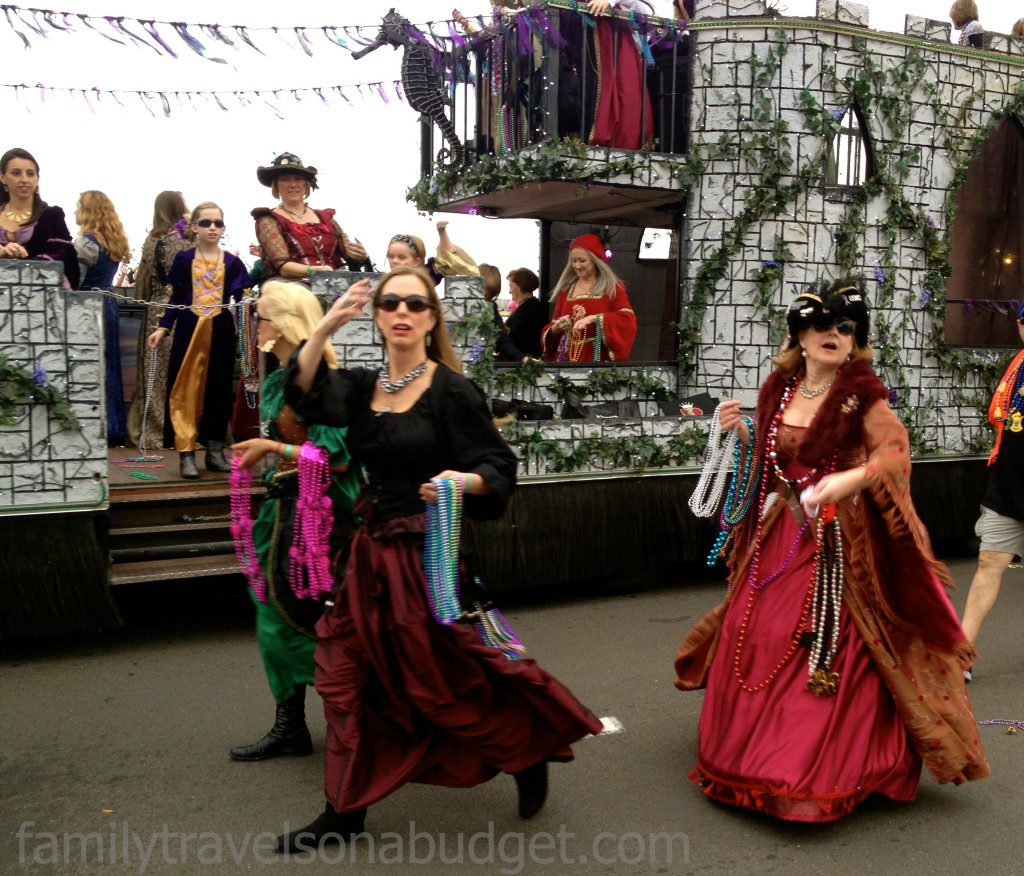 These krewes (groups whose members organize and participate in costumed parades around the Gulf of Mexico, most notably Mardi Gras in New Orleans) take their roles seriously! 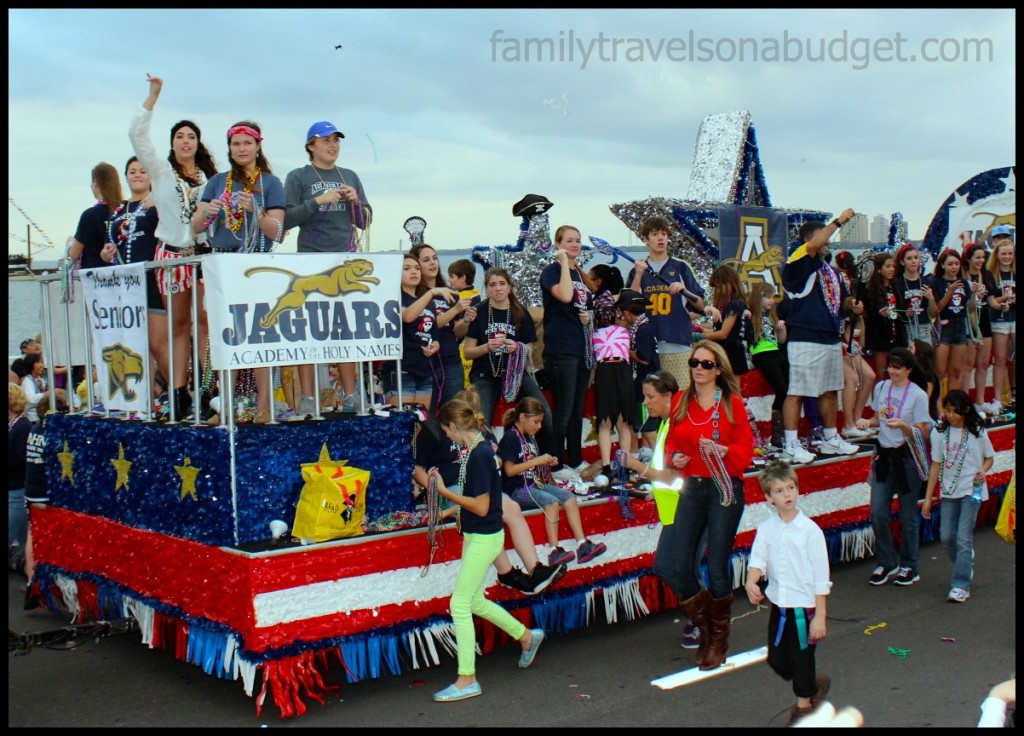 I met a young lady who attends this high school. She was so sweet and filled me in on many things Gasparilla! I just had to include her school float.

At the end of the day, it’s all about the kids.

Ellie made a new friend! 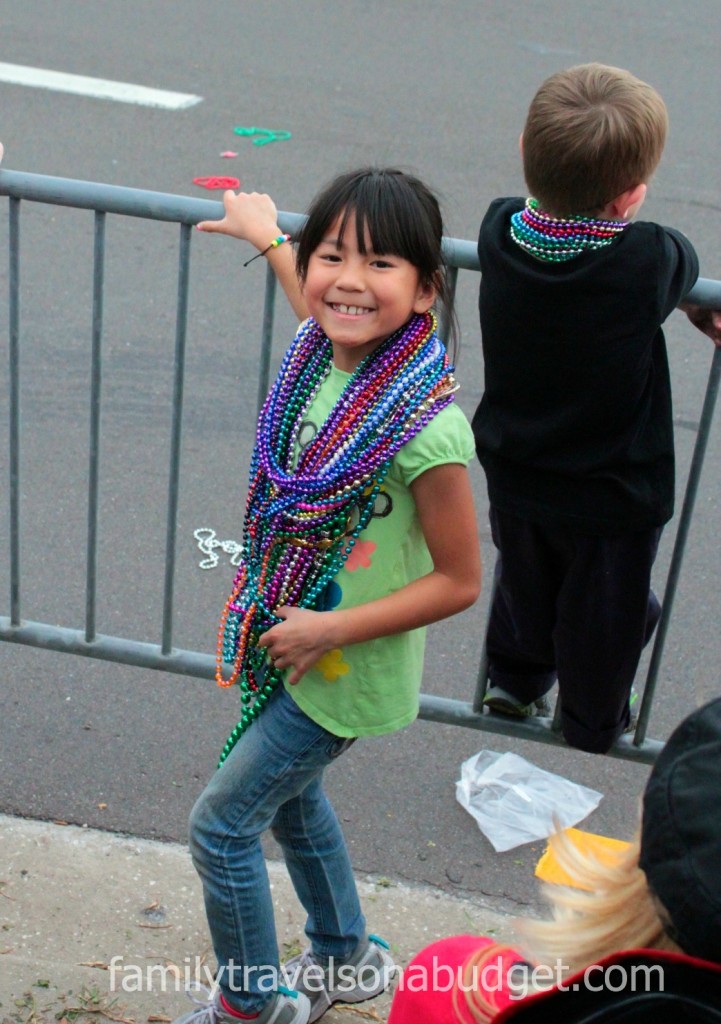 And she gathered beads…. lots and lots of beads! 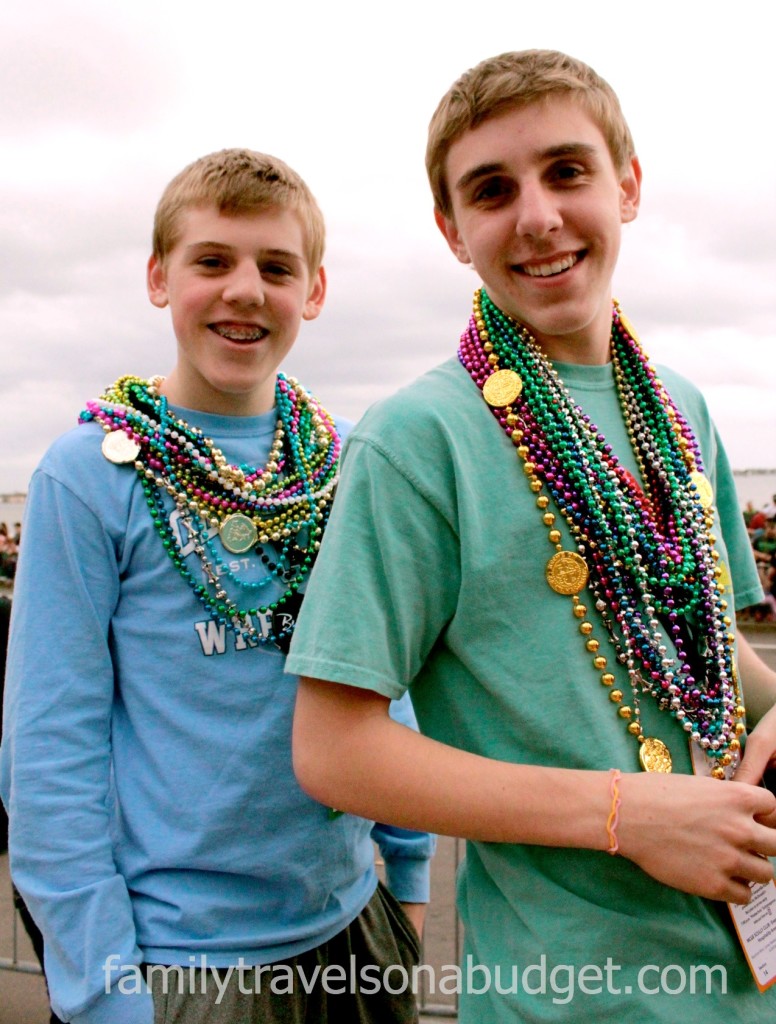 Yes, the boys got into it too! 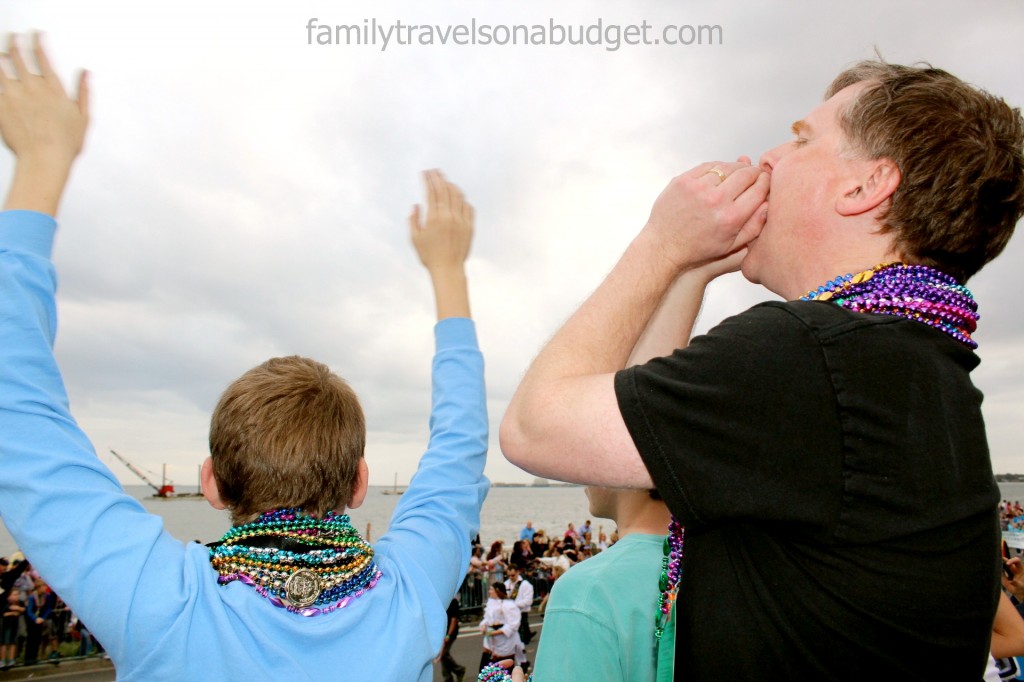 Even Dad got in on the action, laughing, yelling and wrestling the boys for beads. Too fun!!! 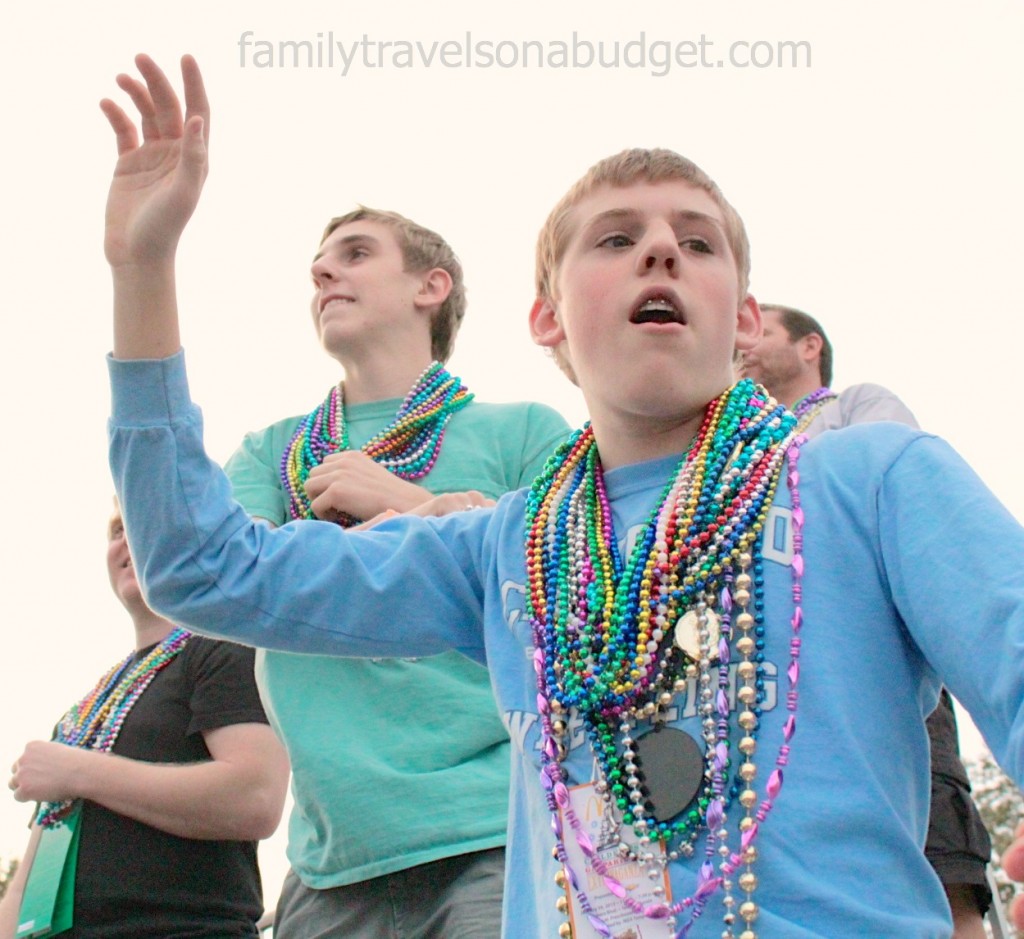 In case you’re still wondering… Yes, the teens had a blast!

Yes, my teens loved the whole thing! The Children’s Gasparilla Extravaganza was the highlight of our trip, something we’ll remember for years to come.

And Ellie did too! 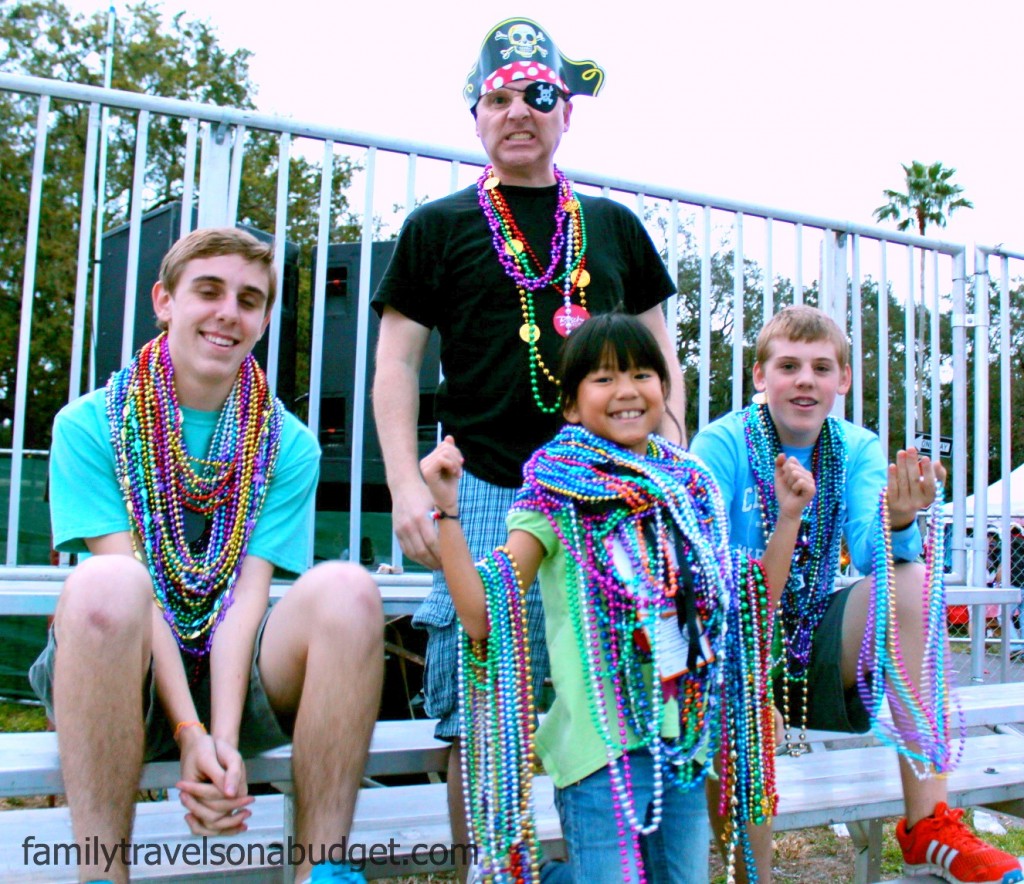 We’d like to thank Tampa Bay & Company for arranging our experience, the Scully Hospitality Tent for hosting us, and Catering by the Family for feeding us. We enjoyed every minute of this event!