Growing up in the snow belt, I am quite familiar with everything snow: how to build a snowman, which type of snow is best for sledding, and even how to shovel it without too much back pain. One thing I didn’t learn until moving south was how to make snow cream. My first winter in North Carolina, we got 17 inches of snow in one day. 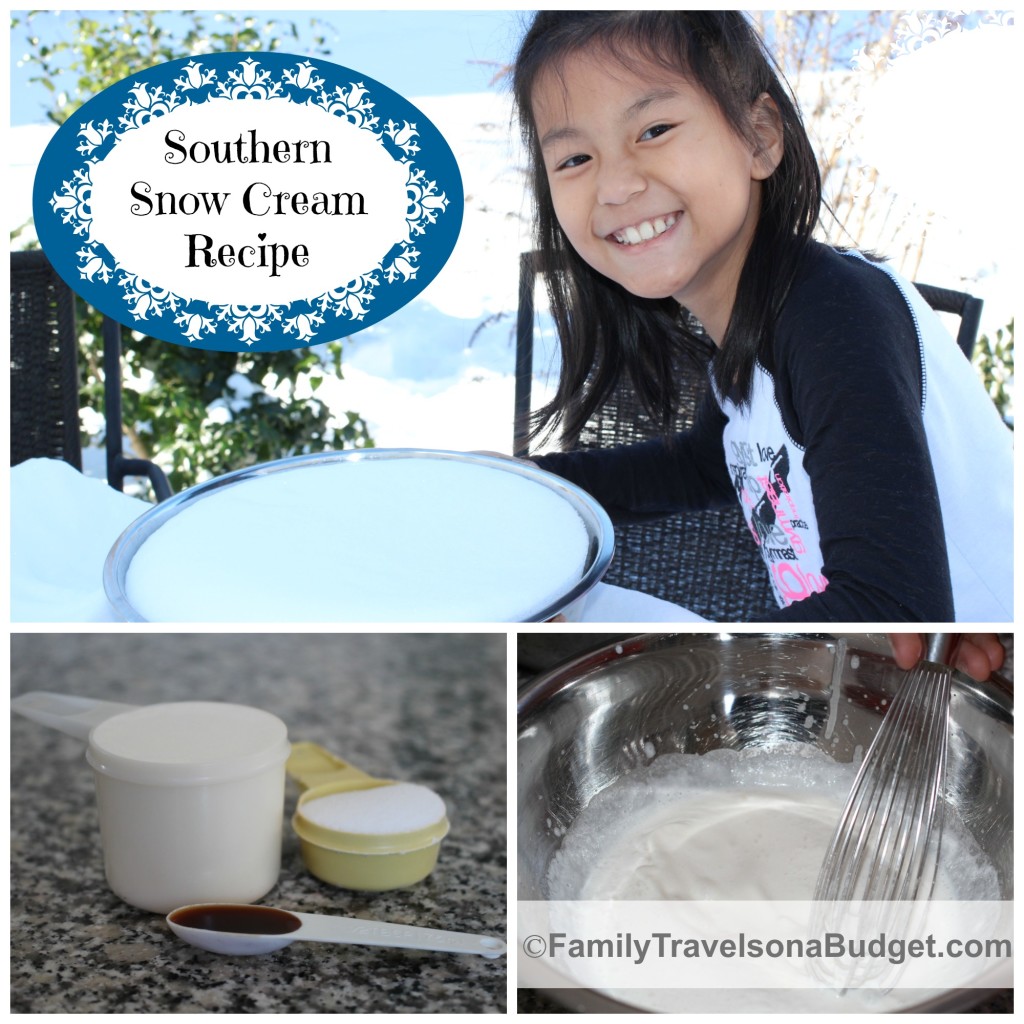 Years later, friends finally introduced us to easy snow cream, though I was quite skeptical. Could anything made with snow really taste all that good? I shouldn’t have doubted. Southerners cook with real butter and lard. They make fried chicken better than anyone else on the planet. Why shouldn’t they know the best recipe using snow as the key ingredient?

While there are a number of variations for snow cream, the basic recipe for snow cream is the same: milk, sugar, vanilla and snow. When you get snow, give it a try! 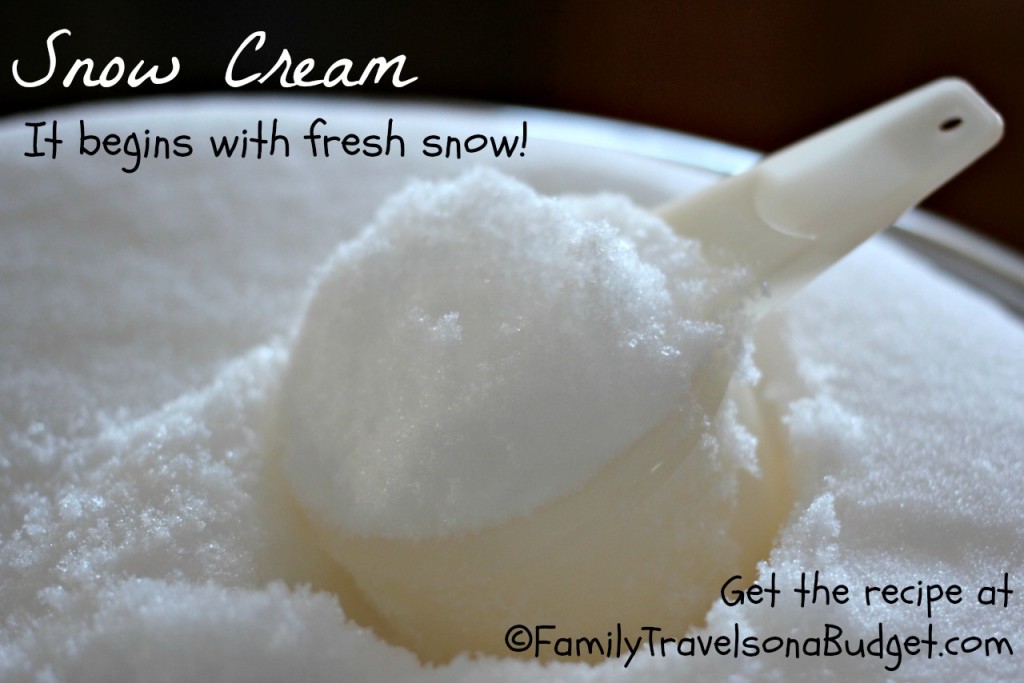 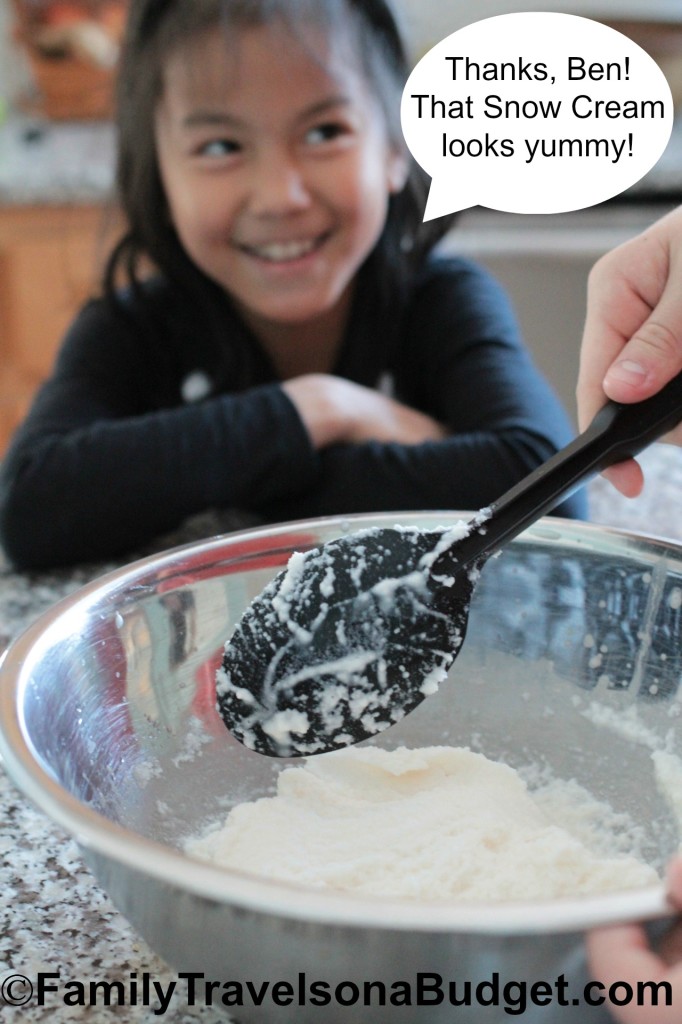 We tried a couple different recipes this time around. The first time we used ½ cup of heavy whipping cream and ½ cup of skim milk. It made a rich, creamy snow cream. The second time we used 1 cup of skim milk (since we ran out of whipping cream). The texture of the snow cream was a bit more crystalline (like ice milk you buy at the store). It tasted just as good, though.

Snow cream is easy to make. Feel free to change it up! Here are a few options to “mix it up!” You know…. if you get lots of snow, try other flavors!

Other options include dairy free snow cream: Skip the milk altogether! It’s more like an icee, but it’s yummy.

Coconut snow cream: Substitute coconut cream for the milk and vanilla. Mix in some flaked coconut for extra flavor. 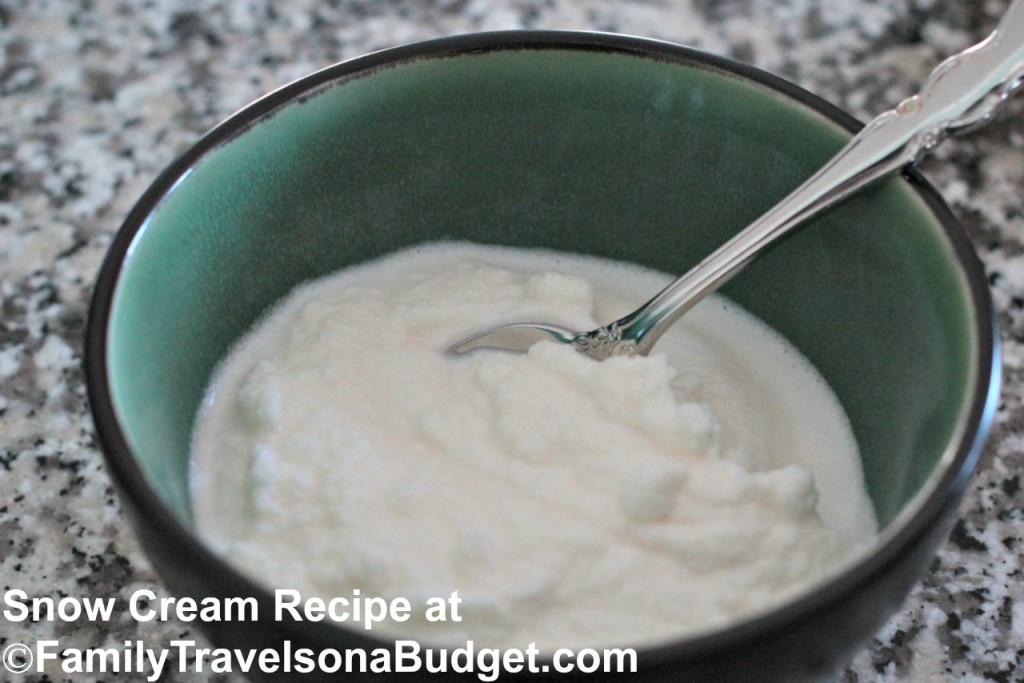 Ellie says, “Snow cream is yummy. I wish it snowed more so we could eat it every day.” 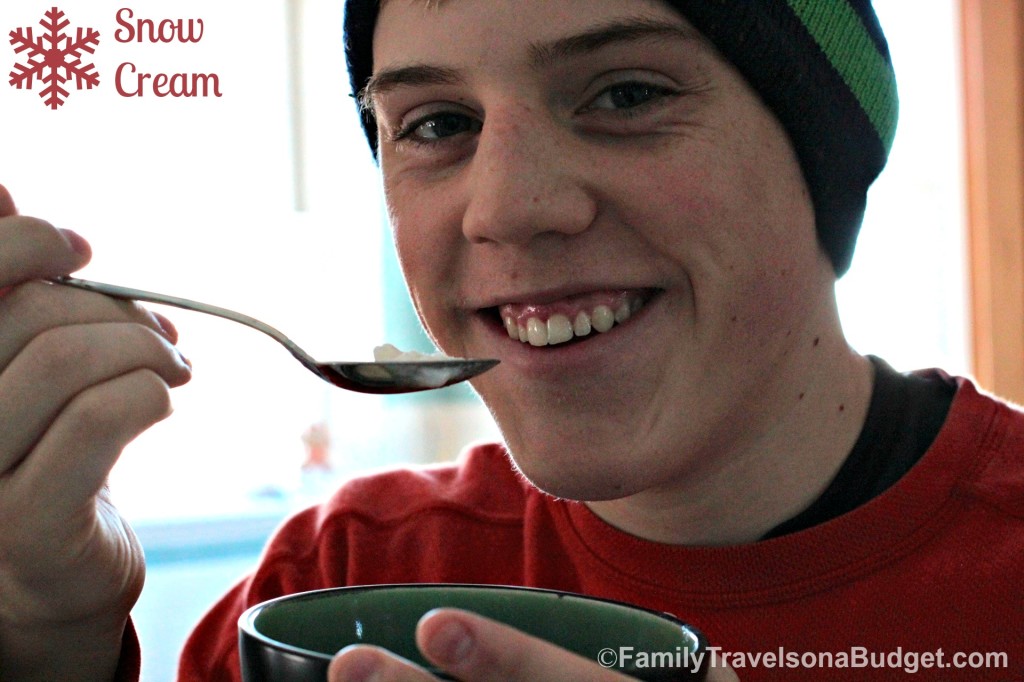 There you have it! Snow Cream, a distinctly southern treat. It’s easy to make and even more fun to eat!

Have you ever made vanilla snow cream? What’s your favorite recipe?