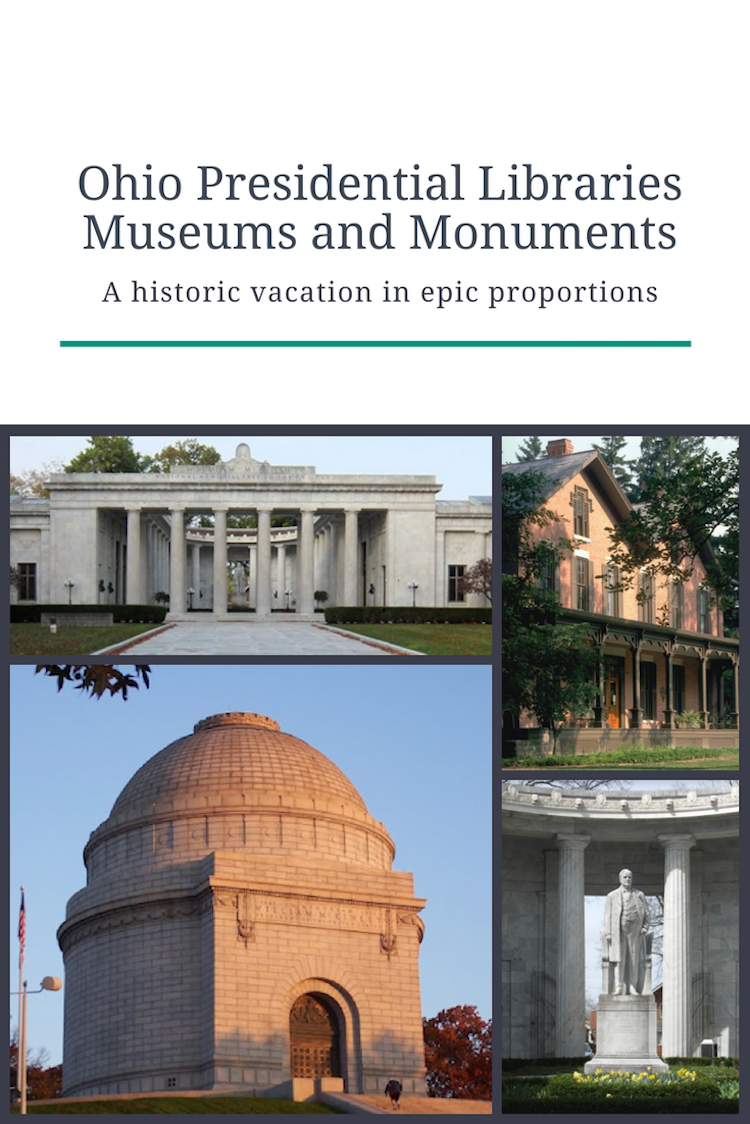 Did you know that seven U.S. presidents were born in Ohio? And eight claimed it as home! All those presidents means you’ll find lots of presidential libraries in Ohio. The Buckeye State is also home to several presidential museums and monuments. Canton, Ohio is even home to the National First Ladies Library.

With so much United States history, especially presidential history, preserved here, Ohio is one of the top vacation spots for historical vacations. Check out this impressive list of presidential libraries, museums, monuments and sites to start planning your historical family vacation!

Presidential libraries and museums in Ohio 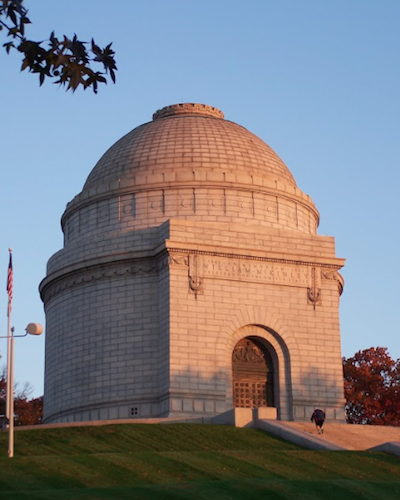 The McKinley Presidential Library and Museum, in Canton, Ohio inspires kids to learn about our 25th president through play. The McKinley Gallery focuses on the life and times of President William McKinley. And children’s exhibits, like the interactive science center, engages visitors as they learn about the past, present, and future. In the Street of Shops, families can travel back in time as they wander through a replica historic town.

Insider’s Tip: If you’re feeling up to it, bring your running shoes and “run the monument” like the locals! 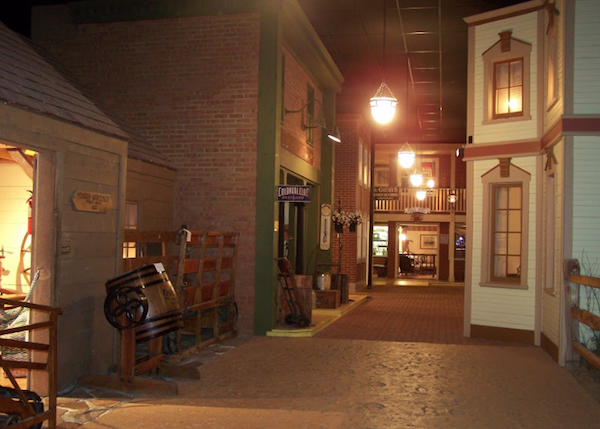 The town of Niles, Ohio, near Youngstown, also has a museum dedicated to our 25th President, the National McKinley Birthplace Memorial. This museum features “memorabilia from the Civil and Spanish American wars, objects from McKinley’s campaigns and presidencies and from the building of the memorial.” McKinley’s birthplace home is also open for tours, so don’t forget to stop by there!

The National First Ladies Library is located not far from the McKinley Presidential Library and Museum in Canton. Here, visitors learn about the first ladies of our country, from Martha Washington to Michelle Obama. The attraction starts off at the National First Ladies’ Library Education and Research Center, where exhibits rotate to showcase different first ladies. The attraction then moves to the Saxton-McKinley house, a Victorian era house that has been restored to its original glory featuring memorabilia from the McKinley family as well as other first ladies. 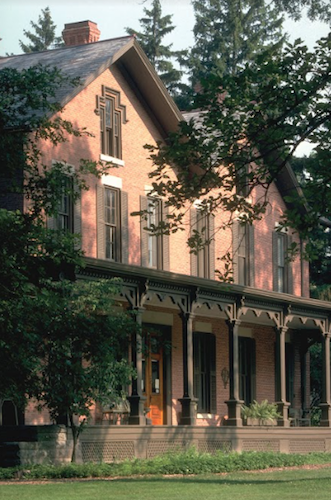 A trip to Fremont, Ohio near Sandusky provides historical vacation fans the opportunity to explore the presidential library, the museum, the 31-room Victorian home of President Rutherford B. Hayes. Visitors can also explore the Hayes’ family tombs or stroll along the walking trails on the property.

• For more to do in the Sandusky area, read this post on family friendly attractions there! •

In the presidential museum, visitors learn about Rutherford and Lucy Hayes in museum exhibits that feature family artifacts. A well known history buff, President Hayes contributed to the museum by collecting historical artifacts and saving his many letters, diaries, and other documents. Through these personal documents, visitors can connect to the Hayes family and better understand the period in which they lived.

Fun fact: The National McKinley Birthplace Memorial started the tradition of presidential libraries in the United States! That’s a pretty awesome legacy to our 19th president.

Insider’s Tip: Rutherford B. Hayes was born in the Central Ohio Town of Delaware. That town’s high school is named in his honor and many streeets bear presidential names. One of my favorite towns in Ohio, it’s worth a visit. To learn more, check this out.

Explore the life of our 27th President, William Howard Taft, at his childhood home in Cincinnati. Your experience begins at the Taft Education Center where you’ll discover his values: hard work, civic duty and education. Park rangers offer guided tours of his boyhood home whenever the park is open. The Taft National Historic Site participates in the NPS Junior Ranger program. Kids who visit the site can earn a badge by answering questions in an activity book as they tour the house. (Big kids, aka parents, can do it too!)

President Taft had one of the most extensive art collections of his day. It was considered among the best in the United States. The Taft Museum of Art in Cincinnati is located in a historic home considered to be among the finest examples of federal architecture in the Palladian style anywhere in the United States. Fans of architecture will enjoy the setting as much as art aficionados do — and understand this description! 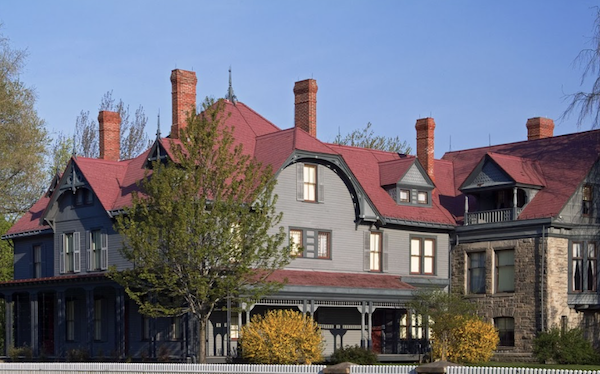 Visit the James A. Garfield Home in Mentor, Ohio to discover the life of our 20th president. Garfield’s family home houses this museum that illustrates his life, from his days as a canal boy to his time in office. The tour begins on the front porch, where Garfield greeted well-wishers during his presidential campaign.

Take a guided tour. If you prefer, cell phone tours of the house and grounds take guests through the farm, house and other features, including his contribution to the legacy of presidential libraries. President Garfield was assassinated only 200 days into his presidency, but the presidential museum and library bring the Civil War era history to life.

President Garfield’s final resting place is within a monument at Lakeview Cemetery in Cleveland. This beautiful structure is considered among the most recognizable monuments in the cemetery. Though, other famous people buried here include John D. Rockefeller and Eliot Ness. See if you can find the Haserot Angel tombstone, nicknamed the “Crying Angel.”

Located on the banks of the Ohio River, the Grant BirthplaceGrant Birthplace offers visitors a chance to explore the birthplace of the Civil War hero and two-term president, Ulysses S. Grant. It’s hard to believe this military giant was born in a humble, one room cottage. But, the most famous Civil War era leader, President Abraham Lincoln, came from humble beginnings too.

Did you know: Grant’s birthplace traveled the United States by rail car and stood as an exhibit at the Ohio State Fairgrounds before finally returning home?

Each April, visit on the last weekend of the month to celebrate Grant’s birthday. 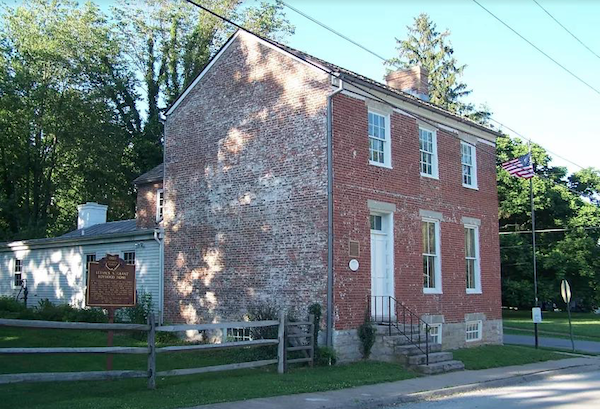 Ulysses S. Grant may have been born in a one room cottage, but his father worked hard to provide for the family and moved them to a larger brick home in nearby Georgetown, Ohio when Grant was quite young.

The U.S. Grant Homestead Association has preserved this home, the two-room schoolhouse he attended, and the family tannery. Visitors will learn why Grant wrote of Georgetown, “this place remained my home (1885).”

A number of festivals and events throughout the year enrich your visit. Celebrate Grant’s birthday in April. Learn about the Civil War through living history re-enactments and other fun, yet educational, interactive experience at the Mason Patriot Fair each September. See the website to learn more about these events and others offered throughout the year.

As our 29th president, the Harding presidency was embroiled in controversy despite a landslide victory. Throughout his presidency, he battled within himself to balance his responsibility to the nation against his allegiance to the “friends” who got him there. Visit the Warren G. Harding Presidential Site where more than 5,000 pieces have been collected, including 300 items from his time in the White House. The Harding Home & Memorial are housed in two buildings: the Harding Home, which you can tour, and the Press House, which currently houses the presidential museum.

Note: The new Harding Presidential Library is under construction. At the same time, the home and the Press House will also be restored to what they were in 1920. The Press House may be the most fascinating piece on the property. It was built from a kit in just two days specifically to run the presidential campaign.

Harding and his wife, Florence, are buried on the grounds. 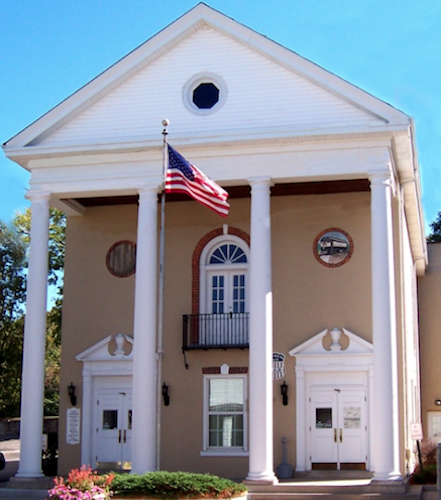 William Henry Harrison, our 9th president, lived much of his life in southwestern Ohio, where he played an important role in the expansion of the Northwest Territories. Though born in Virginia, Harrison requested burial in North Bend, on a site overlooking the Ohio River where Ohio, Kentucky and Indiana come together. I wonder if this is because he considered his role in early United States’ expansion to be among his greatest achievements. Allow about an hour to visit William Henry Harrison Tomb.

Presidential history is alive and well in Ohio

As the birthplace of seven U.S. presidents, Ohio is second only to Virginia for the “most presidents” honor. They come from diverse backgrounds. But, they all served our country and made a lasting impact — especially in the turbulent times from the mid-1800s through the early 1900s.

Include visits to these presidential libraries, museums and monuments on your Ohio vacation to gain an appreciation for history you just can’t get in a book.