While the Notre Dame Cathedral is the most visited 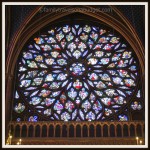 site in Paris, it is not the most beautiful… at least not according to my family. Nearby Sainte Chapelle, which sits hidden behind government buildings, is far more exquisite.

Waiting in line to see Sainte Chapelle, the kids wondered, some more loudly than others, if it would be worth the wait. We ignored their complaints, though, since Sainte Chapelle was the one place my husband added to the itinerary. He doesn’t speak up often when it comes to vacation plans, so his requests carry heavy weight. We stood in line. 🙂

Walking through the courtyard to the entrance, the site is underwhelming. Sainte Chapelle is not large, compared to other sites. Its windows are tall and narrow. The rose window sits in a place that is generally hard to see.

But then… you pass through the doors. And again are underwhelmed.  Entering on the lower level, Sainte Chapelle appears old, dark and run-down. There’s a small store set up off to the left, offering Sainte Chapelle related trinkets. All of it was rather confusing… and then…

In the corner, there’s a staircase.

Walk through the entryway into the sanctuary.

Those long windows, so unremarkable on the outside, come to life. The sunlight dances through the colored panes to fill the room. 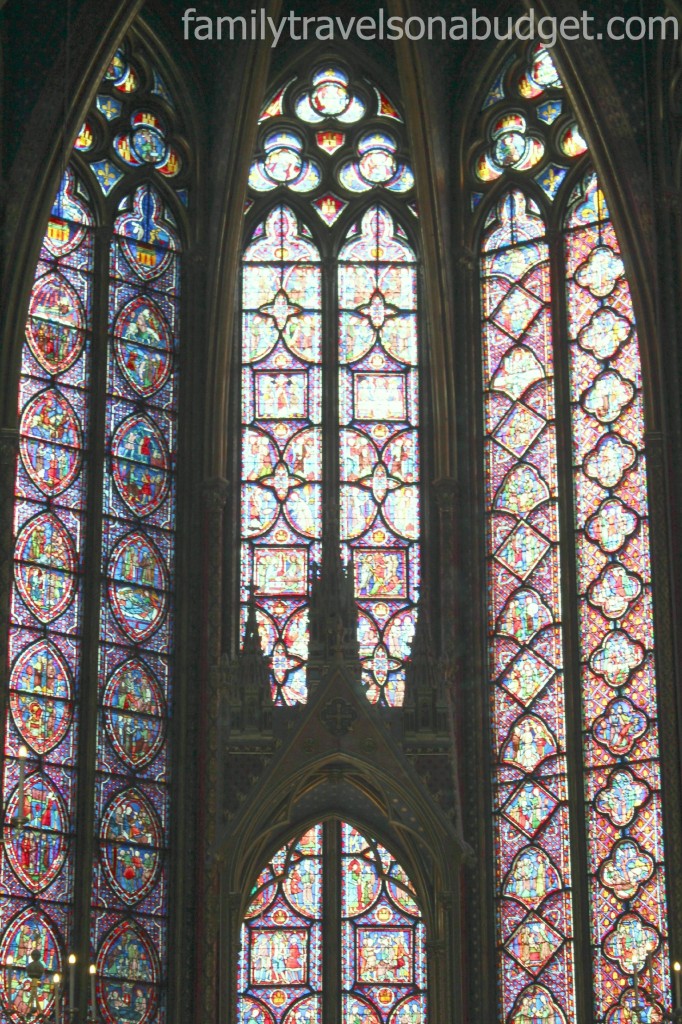 You can’t imagine the beauty of these windows…
Speechless wonder. 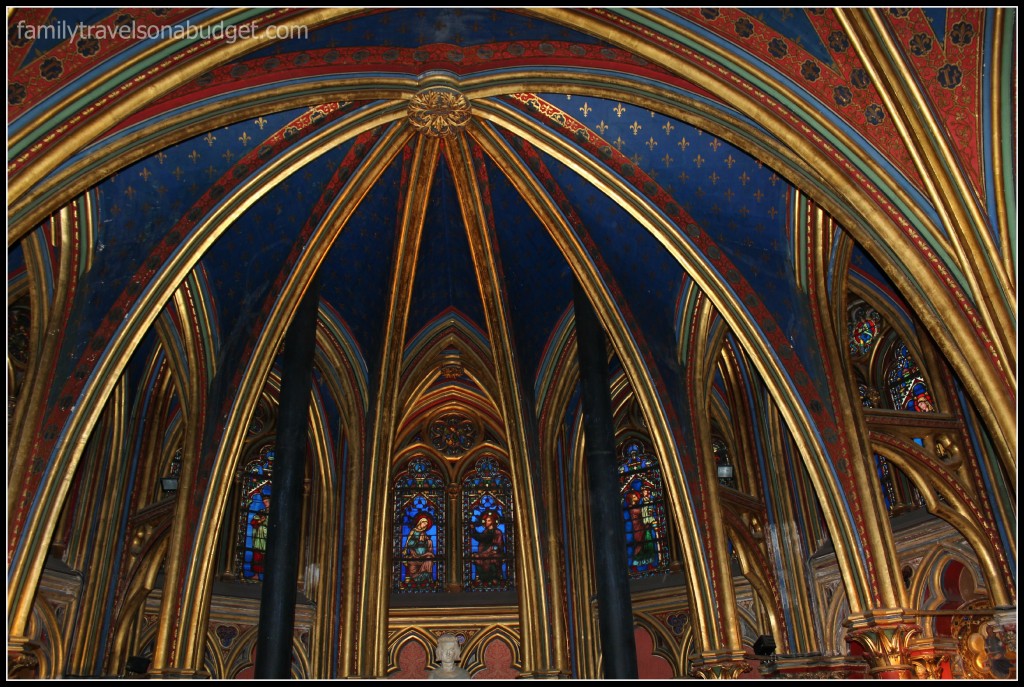 Even though the light doesn’t appear as bright,
this image allows you to see the deep, rich hues of the windows 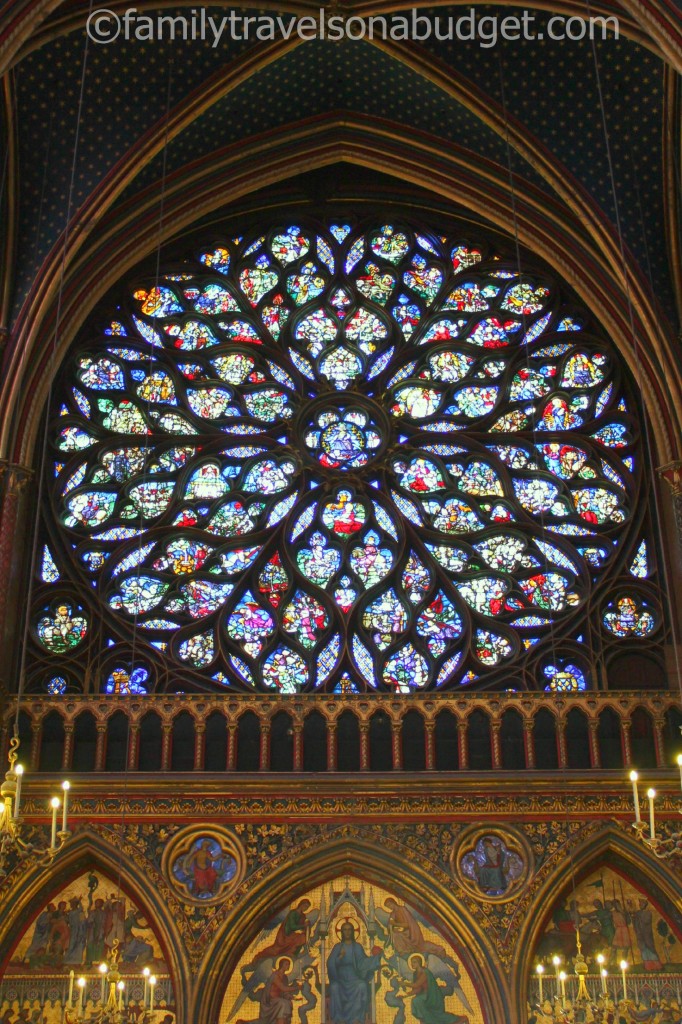 The intricate patterns on the floor, for those willing to look down, fight with the light for your attention. They deserve it. This is the very floor King (now Saint) Louis IX walked 800 years ago. He built this cathedral to house the crown of thorns and a piece of Jesus’ cross. The relics were not stolen like other religious symbols, but purchased at fair price (Back then more than three times the cost to build the Cathedral). 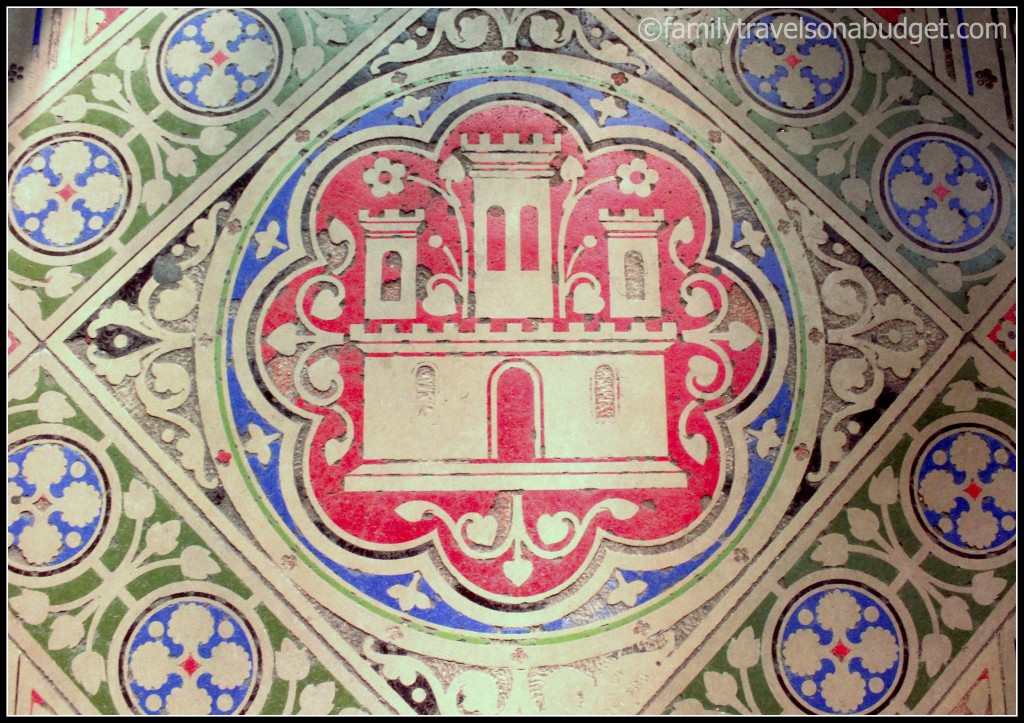 800 years of history have walked this floor. 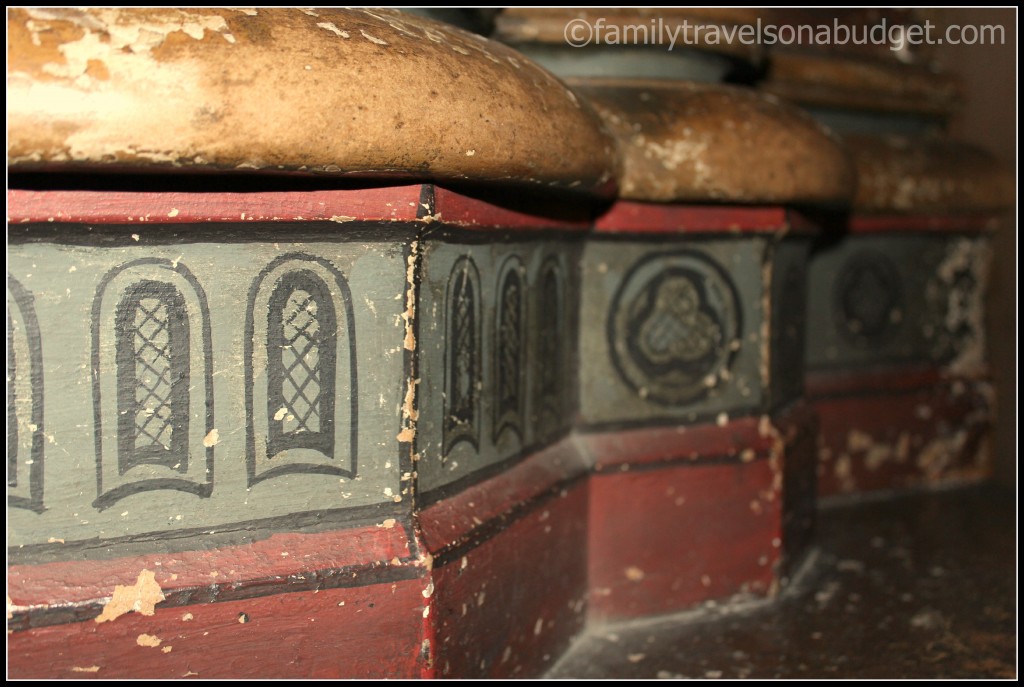 Hand-painted detail on the baseboards

We stood in line for more than an hour outside a non-descript government building. We crossed a government business filled courtyard. We entered an unpretentious basement and climbed unremarkable stairs… And we found the most beautiful place in Paris. You might disagree, and if you do — it must be because you visited on a cloudy day.

Sainte Chapelle isn’t the only place in Paris with amazing surprises. There are so many cool and unusual places to see in Paris!

Sainte Chapelle: Know before you go