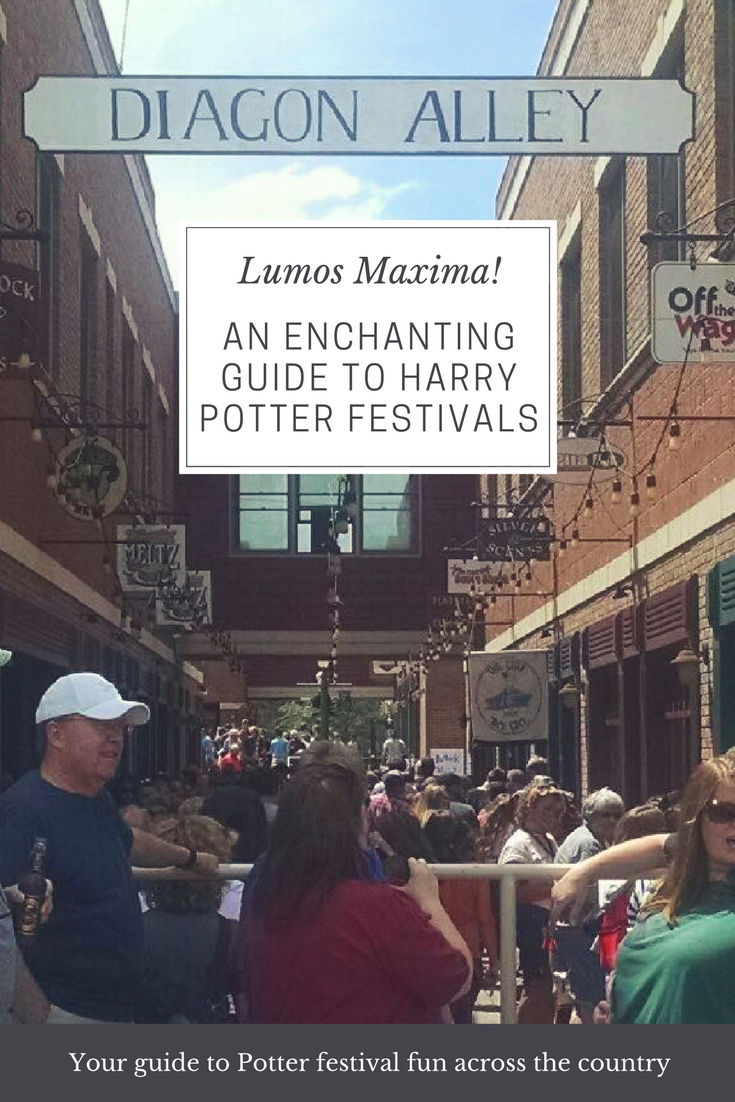 “Things have a way of coming back to us in the end, if not always the way we expect.” ~Luna Lovegood (Order of the Phoenix)

The Harry Potter phenomenon (is it anything less?) certainly has captured our imaginations! And while Luna might not have predicted Harry Potter festivals popping up across the world, Harry Potter and friends have come back to us just as she said. No one cares if you’re a true wizard or a muggle — people just come together to celebrate the creativity that is Harry Potter.

When it comes to Harry Potter festivals, often called “Potterfests,” you’ll see all sorts of people. Some dress up; some don’t. There is no judging one way or another! (Except during costume contests, which — by definition — need to be judged.)

Towns transform themselves, though not by a a wave of the wand as they exclaim “erecto,” to become Hogwart’s, Diagon Alley and the Forbidden Forest. These muggles have to work really hard to make the magic happen.

If you are a Harry Potter lover like me, I recommend looking into a Potterfest for a magical weekend you aren’t soon to forget, particularly if you’re lucky enough to  have your own pensieve to store your memories in!

I’ve been to Universal Orlando’s Wizarding World of Harry Potter, but I had never heard of a Harry Potter festival until last year. Unfortunately, I couldn’t go then, so I made sure to visit this year. I loved transporting to this Harry Potter universe in Kent, less than an hour from home! Though, some floo powder would have been handy to get me there quicker!

Diagon Alley (otherwise known as Acorn Alley — Kent’s shopping and dining district) was my favorite part. Mr. Squirrel (Kent’s unofficial mascot, the black squirrel) must agree — after all, he is a Gryffindor! 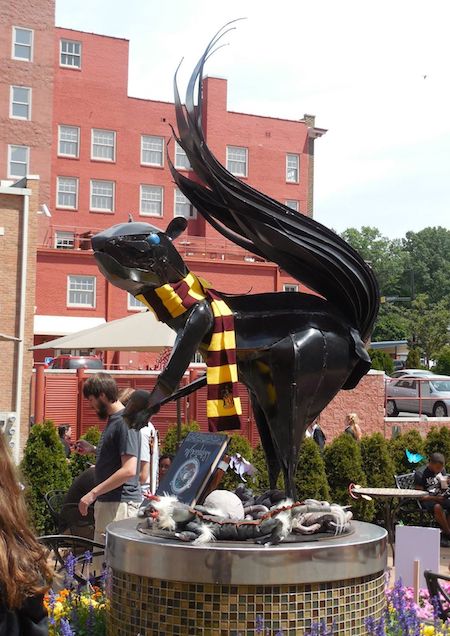 Stores transformed into something you’d encounter in the Harry Potter universe. The decorations, like fantastic beasts and “wanted” posters for Sirius Black, added to the experience. 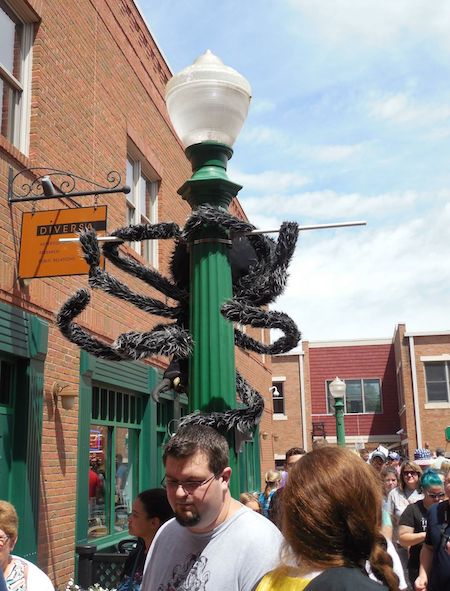 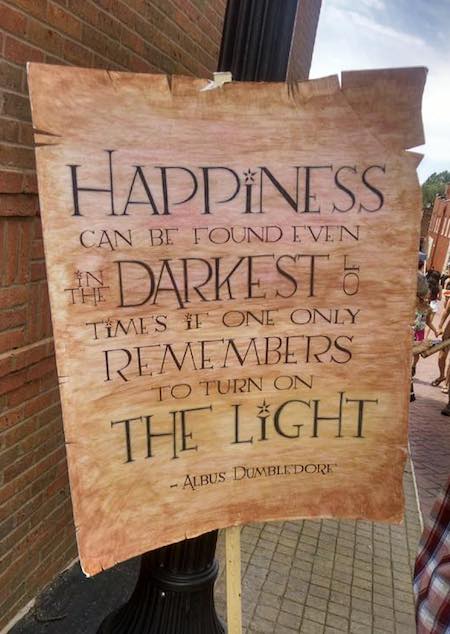 The Forbidden Forest (Dan Smith Community Park) was another of my favorites, especially with all the free entertainment, like magic tricks and origami demonstrations (a different kind of transfiguration). 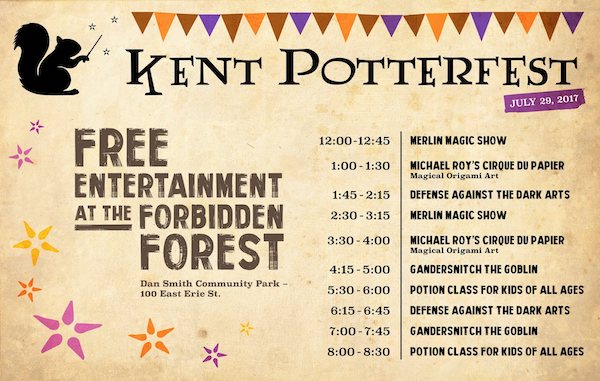 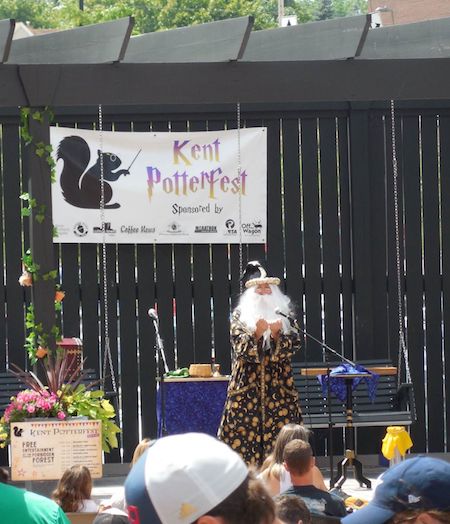 Kent’s library transformed into Hogwarts Library for Potterfest, decorating cleverly to create their own space in the Harry Potter universe. Guests took photos with posters of their houses (I haven’t taken the official sorting hat quiz yet, but I’m pretty sure I’m Ravenclaw!). Those with owl show tickets could attend one of the library’s owl shows. 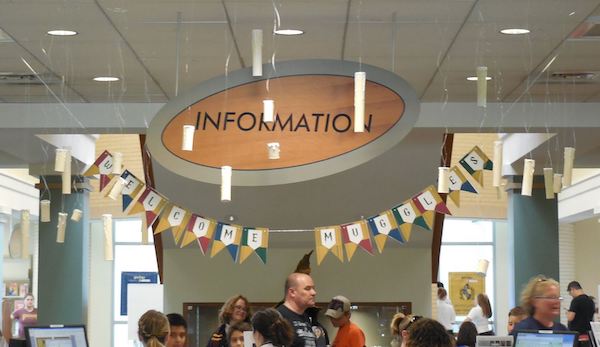 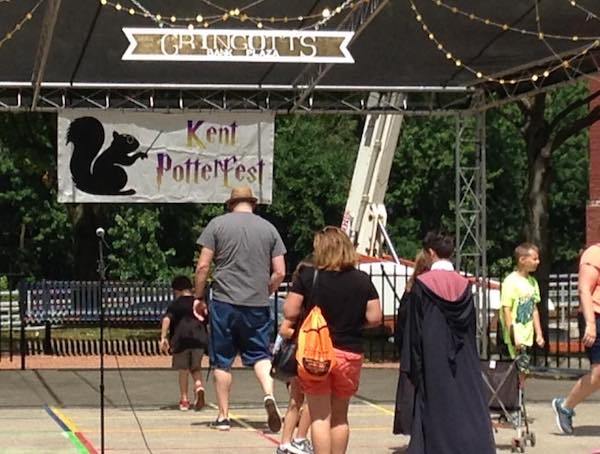 Immersing ourselves in the fun and imagination, we thoroughly enjoyed Potterfest. Fans can participate in the costume contest or a scavenger hunt (for all things Harry Potter universe) and even take a potions class. Main Street Kent pulls out all the stops to make sure visitors are enchanted by their Harry Potter experience. 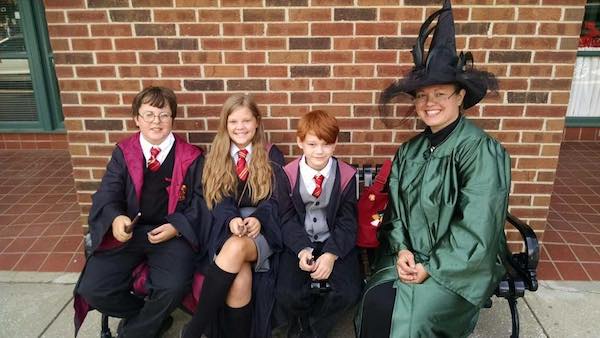 Of course, like any small town festival, vendors line the streets, selling Harry Potter inspired wares (like necklaces, T-shirts, car decals, and, of course, wands). Fantastic beasts creep in the corners. And butter beer is available.

Whether you’re headed to the Kent Potterfest or another Harry Potter festival across the country, these tips might help.

First, be prepared for the crowds.

Second, consider if your kids can handle the situation.

A lot of the complaints about Kent Potterfest had to do with the event not being kid-friendly enough. Long lines for butter beer made people a bit grumpy. Standing room only for shows led to tired feet. Guests even had to wait in line to see what vendors were selling. With so many people, the activities filled up quickly.

Some comments on the Kent Potterfest Facebook event page said the crowds weren’t as bad later on in the day.

Fourth, consider carpooling (or a Nimbus 2000)

The parking situation at Kent Potterfest was a bit of a nightmare, and I imagine it’s probably the same at Potterfests throughout the country. The less cars that show up, the better. Also, it’s nice to not have to worry about parking yourself if you convince someone else to do the driving!

Like other festivals, food trucks came to Potterfest. Local restaurants welcomed diners into air conditioned bliss. But, with only three food trucks, Kent Potterfest struggled a bit to keep hunger at bay. Having snacks on hand can prevent you from getting hangry and help you enjoy this magical experience. Bring water, too, to keep hydrated.

Sixth, remember that everyone is at the Potterfest because they love Harry Potter and want to join in on the Harry Potter celebration.

Seventh, don’t be afraid to don your Harry Potter garb.

There were plenty of people at Kent Potterfest who wore costumes, and those who weren’t wearing costumes were wearing something related to Harry Potter (I wore a Harry Potter T-shirt). This is a time to go all out, not worry about appearances!

Have you ever been to a Harry Potter festival? Where was it, and what was your experience like? 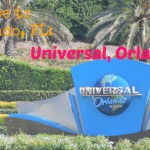 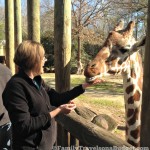 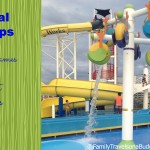